How much does it cost to practice genealogy? 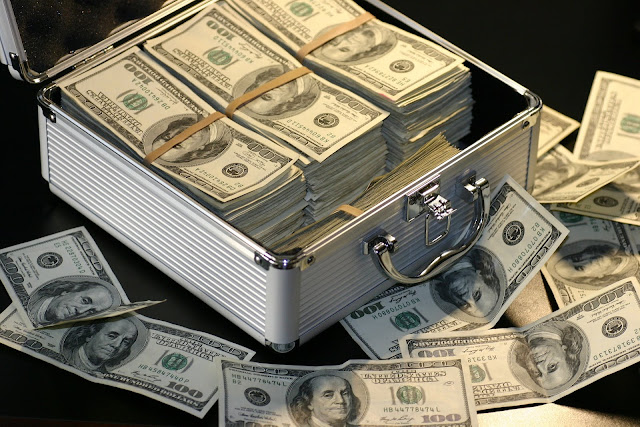 A recent comment reminded me that I had not written about the monetary cost of becoming involved in genealogical research for a while. I live in Utah Valley, along the high mountains of the Wasatch Front. Utah is known for its outdoors activities such as skiing, snowshoeing, riding ATVs and four-wheeling across the landscape. Before getting into a discussion of genealogy, I need to point out a few other facts.

A season pass for skiing at the popular Snowbird resort in Little Cottonwood Canyon (right up the Canyon from the genealogically famous Granite Vault), costs $1199.00 for an unlimited pass for one adult. A family pack for 2 adults and 2 children costs $2399.00. A child's pass, K-12, is $439.00. A large family, such as is common here in Utah, could pay over $10,000 a year just for ski passes. There are cheaper alternatives, but not much. I used to spend $1.00 for a day pass when I was a lot younger. But those days are long gone. For comparison, a Family Pack of four tickets for Alta, where I used to ski all the time, is $2299.00 and an adult pass is $1199.00. Oh, by the way, just in case you are wondering, as of the date of this post, there is base of 74 inches of snow at Snowbird and they have had 179 inches of snow year-to-date.

What does it cost to ride an ATV around the state of Utah? Well, a popular ATV, such as a Honda TRX250X1H can cost $4,699.00. Of course, that is just the beginning. You also need a full-size pickup truck or the equivalent with a trailer to haul the ATV around. Also, there are both gas and maintenance costs. There are literally tens of thousands of ATVs here in Utah.

Over the years, as I have commented from time to time, I find one of the most common complaints among genealogists is the cost. I have had people actually gasp when they heard that a desktop genealogy program might cost as much as $29.95.

All activities, such as survival from day to day, have a built-in cost. Food, housing, everything we need for life, has a cost. Since genealogists tend to be older, they are often living on a "fixed income" and even a small expenditure can have an impact on a budget. But we are not usually talking about the involvement of homeless people and the very poor in genealogy. As a matter of fact, anyone who has the motivation and lived within travel distance of one of the nearly 5000 Family History Centers in the world could essentially do a major part of their genealogy for the cost of a $3.00 flash drive and the time and expense of travel to the Family History Center.

But if you are as involved in genealogy as I am (not likely) or more than casually interested, then there is a cost. One of the basic costs today is owning and maintaining a computer. Granted, we use computers for a variety of other things, but if you were starting out, you would likely want to own a computer system. Some people in Utah use ATVs as a means of transportation rather than pure recreation. Some of us have made our living (or part of it) from computers for a long time. In the United States, it is sort of like trying to figure out your expenses for a "home office" in trying to figure out how much it cost to use your home computer for genealogy. Of course, there is also the expense of an internet connection. But I am guessing that if you have an internet connection, you use it for more than genealogy.

Essentially, other than time and interest, there is no cost to start collecting information about your family. You can spend some money on supplies or programs, but if you do have an internet connection, you can use online programs, such as FamilySearch.org for free. My wife and I have some very sophisticated computer programs and there is an annual cost of owning those programs. But we would own those programs, such as the Adobe Creative Cloud, even if we were not involved so heavily in genealogy. Concievably, you could do a lot of genealogy using libraries and Family History Centers without owning a program or a computer, and keep all your information on scrap paper and use pencils found on the street.

Genealogy is a time intensive activity. Some of us have become involved in genealogy professionally. For us, genealogy is a business activity and we have the costs associated with being involved in business. For example, I have co-authored and published over twenty genealogy related books in the last couple of years. There is a time and expense involved in writing and publishing. I am also involved in presenting regular live webinars online, although I do not bear the cost of these webinars personally, the Brigham Young University Family History Library has expenses for employees, computers, programs and space for the webinars to be held.

The point here is that the cost of becoming involved in genealogy is more a function of your level of involvement and your particular interests than anything else. In my case, the time spent is by far the greatest part of my investment in genealogy. I do have travel expenses, sometimes reimbursed, from time to time and other expenses, but most of my cost is shared with my other activities.

As activities, leisure, work or otherwise go, genealogy is pretty inexpensive when compared to playing a regular round of golf or skiing at a Utah resort. But, granted, it does take time, energy and some money, especially if you are involved at my level.
Posted by James Tanner at 7:33 AM