Was your ancestor a criminal? Criminal Law for Genealogists -- Part One 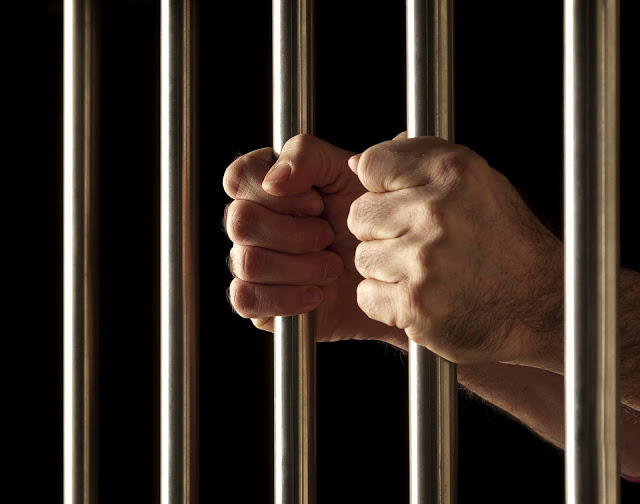 It is fairly common among those searching out their family history to find someone who was jailed for some reason or another. To some, this may seem to be something shameful to be ignored or even edited out of the family's history, but to other researchers, everything that happens to our ancestors creates the potential for valuable historical records.

In researching my own family, I have found a few instances of ancestors who were accused and convicted of criminal laws. I found one ancestor who appeared in the U.S. Federal Census in a California prison. In another instance, our family tradition was that a certain ancestor had never been arrested or convicted even though the tradition was clear that he had violated the law. Through research in local newspapers of the time, I was able to find an account of his conviction, although he did not have to go to jail.

Today's media is almost saturated with depictions of crimes and criminals. Unfortunately, very few of these shows come even close to representing the reality of the criminal justice system either in the present or in the past. Most of the dramatic depictions either focus on criminal trials or incarceration. In my own experience, when I was representing criminal defendants as a court-appointed attorney, criminal trials are just about as boring and ordinary as any other type of court proceeding. In the United States for the last 50 years or so, only a very small percentage of criminal convictions are entered as a result of a trial. Almost uniformly the vast majority of criminals in the United States plead guilty as a result of some plea agreement.

Criminal law is statutory law. This means that crimes are defined by the laws passed by the legislature or other ruling entity and are distinct from civil laws by the penalties imposed: fines, forfeitures or incarceration. Although there are civil fines, criminal laws usually have incarceration either as an addition to a monetary fine or instead of a monetary fine. In the more distant past, criminal laws are sometimes depicted as harsh and unreasonable, but with any historical research, it is important to view events in the context of the time when they occurred. From our present viewpoint, the penalties and treatment of criminal prisoners may seem harsh and very unfair, but in the early 1800s and before, individuals had very few rights to which we now believe everyone is entitled.

If we wrongfully assume that the conditions that exist today are the same as existed in the past, we will often miss important historical information. For example, we may dwell on the hardships suffered by our ancestors because of their primitive living conditions, but in doing this, we fail to realize that everyone lived under those same conditions. When we go camping we may have to give up a few modern conveniences such as hot and cold running water and indoor plumbing, but most of our ancestors lived with those "primitive conditions" all of the time. When we see movies or read about the deplorable conditions suffered by prisoners in the distant past, we need to have some perspective about how the rest of the population was living.

The procedures in criminal court cases are extremely complex. But the good news is that genealogists do not have to understand all the reasons and ramifications for each of the complex steps in the judicial process, but if you are reviewing a criminal court file for genealogical information, it does help to have a general knowledge of the procedure. Here is a summary of the court process as it is presently in the United States:

This is a really sketchy outline. Depending on the severity and publicity of the crime, these proceeding can get really complicated. But again, in the vast majority of the cases in the United States, if the defendant pleads guilty, the case moves on to the sentencing phase and the case is essentially over.

In future posts, I plan to discuss the documents that genealogists might use from actual court records.

Stay tuned.
Posted by James Tanner at 7:43 AM