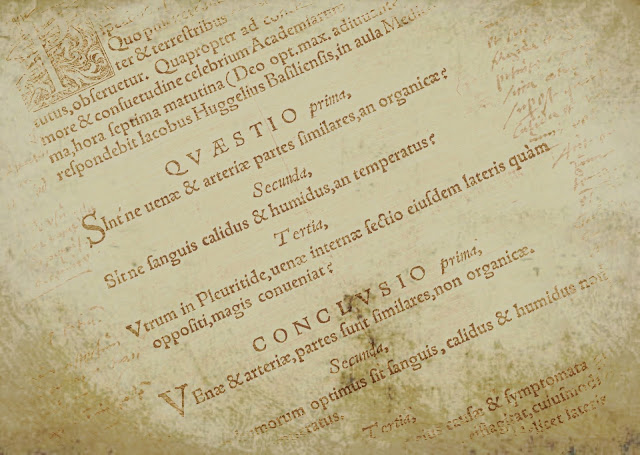 England got a double dose of Latin-speaking (i.e. now called Romance Languages) conquerors. First, in ancient times, the Romans invaded the British Islands and ruled from 43 A.D. to 410 A.D. Then in 1066, William the Conqueror came with his Norman-French army. In addition, because of the influence of the Catholic Church, Latin was commonly used in both church and legal proceedings.

In the United States, copying Europe, a classically educated person was supposed to be fluent in both speaking and writing Latin. Of course, since there are no recordings of people who lived before recording machines were invented, we have only a very sketchy understanding of how Latin, more particularly, ancient Latin sounded when spoken. We can make very educated guesses, but we cannot know for sure.

So, because of the preeminence of Latin in both the ancient liturgical and legal communities, we are still burdened by a large number of Latin phrases even up to the present day. As I have written previously, some of these Latin words and phrases have become so common, they have passed into the English language and are used as regular English words.

Genealogists run into Latin in legal documents of all kinds including, but not limited to, court records, land and property records, contracts and many other types of records. Fortunately, when a genealogist today encounters a Latin term, the researcher can use a quick Google search to give the meaning and the context of the term.

So, why am I writing these blog posts about Latin terms? Good question. Since I speak Spanish fluently and have had a long exposure to legal terms, I suppose I just might be able to give some insight into the practical, as opposed to the "dictionary" meaning of some of the more commonly heard terms.

This phrase is usually shortened to "pro bono." At the present time, the word is applied to the practice of doing work for the good of the public and with a total disregard for compensation or credit. In most places in the United States, attorneys are encouraged to provide a certain number of hours of work for free each year under the guise of working pro bono. However, most of us did a lot more work for free than we planned to or expected to do. When the phrase is used as "pro bono publico" it usually refers to some kind of charitable work.

prima facie literally, "at first face" of better yet "at first look"

This is another term that has passed into the English language but it does have a fairly complex meaning in English. It is often used when something is obvious or self-evident. But it is also used in a technical sense in court to refer to the fact that the evidence in a lawsuit has to exceed some minimal level of proof before the case is deemed at issue, as in the following: the attorney failed to make a prima facia case for his client and the matter was dismissed by the court.

post mortem literally, "after death"
This is yet another phrase that has passed into English. It refers to the actions of a coroner or any one else who performs services for the deceased after death. The phrase has become common in television shows about special police criminal investigation units.

posse comitatus literally, "power of the county" or more generally, "power of the community"
This phrase was appropriated by a far-right political group in the 1960s. It is commonly defined as the common-law or statutory law authority of a county sheriff, or other law enforcement officer, to conscript any able-bodied man to assist him in keeping the peace or to pursue and arrest a felon, similar to the concept of the "hue and cry." The phrase originally appeared in the English common law. See Wikipedia: Posse comitatus. It is commonly shortened to "posse" and overused in old western movies. It has been partially outlawed in the United States.

Some of these phrases have become so common that they have not only become English words but also have become used so frequently that they have, in essence, a single word. In this case, just as with the previous phrase, movies and TV converted this word into a household term and uprooted it from its classical Latin beginnings. Although I have heard this word in a lot of other contexts, I cannot remember ever hearing the phrase used in court or in a legal pleading.

per stirpes literally, "by branch"
A method of distributing an estate to the descendants of a deceased legatee in which the estate is divided equally among the branches of a family, without regard to differing numbers of people in different branches. Wikipedia: Per stirpes. Well, that is about as simple as you can get with methods of distribution in an estate. The practical reality of this type of distribution is that, for example, each child of the deceased takes the same amount regardless of how many children they have.

per se literally, "by itself"
This is one of two of the Latin phrases I use more than any other. It has a multitude of uses and I usually use it for the English phrase, "without more" or in the words of Porky Pig, "That's all folks."

per quod literally, "by which" or "whereby"
The English translation has no real meaning but the Latin implies an entire legal issue. Quoting from the Wikipedia article entitled, "Per quod"

Per quod is a Latin phrase (meaning whereby) used to illustrate that the existence of a thing or an idea is on the basis of external circumstances not explicitly known or stated.

The article goes on to give a legal example:


"Statements are considered defamatory per quod if the defamatory character of the statement is not apparent on its face, and extrinsic facts are required to explain its defamatory meaning." Kolegas v. Heftel Broadcasting Corp., 607 N.E.2d 201, 206 (Ill. 1992).

per proxima amici literally, "by the next friend"
This phrase addresses the issue of when a minor child cannot maintain an action pro per, then the court must appoint an adult to act "pro proxima amici."

In English the person appointed by the Court is often referred to as the "next friend" of the court.

per curiam literally, "through the court."In the United States, this term usually refers to decisions made by the U.S. Court of Appeals or the U.S. Supreme Court where the decision of the court fails to list the judges from a multijudge panel who did not support the decision.

Well, time to stop again. Who knows when the urge to dive into some Latin phrases will strike me again?