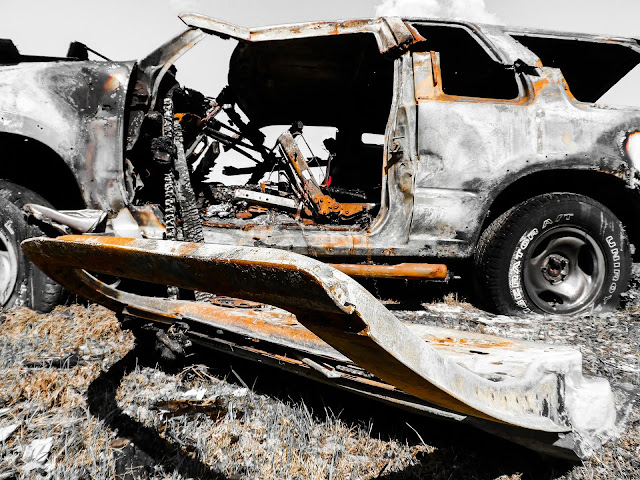 One overriding issue with using computers and the internet as tools in all my genealogical activities is that they become necessary and I become dependent on having computers that work and a connection to the internet that works. In the past while, we have had significant challenges both in maintaining an internet connection and in keeping our computers operating.

Yesterday, since we are on our way to a conference in Yuma, Arizona this week, I began getting our MacBook Pro laptop up and ready to go. I have been having problems with the computer so, I thought it would be a good idea to see how it was operating. After more than thirty years of working with computers, I usually begin to see things that make me think they are going to die. I became so concerned, that we went out and purchased a new Apple MacBook Air. Now, I know that Apple is likely abandoning that particular model, but the current model is a huge upgrade from my very old MacBook Pro and the new computer was on sale, which hardly ever happens with Apple products. Just in case you are wondering, it was a new computer right out of the box.

When we got home with the new computer, I found that the old MacBook was in the last throes of dying. The new computer arrived just in time.

Over the past year, I have been using an iPad Pro as a laptop substitute. I have found that the iPad Pro is a good substitute for about 90% of the things that I do on a computer, but that the remaining 10% is very difficult. The main issue for me is the ability to integrate images and text by importing images, particularly screenshots, into my presentations and blog posts. This can be done, but the process is relatively painful. Since I am confronted with a series of conferences and presentations in the next few months, I could not afford the extra time it takes to work on the iPad Pro. Don't get me wrong, I really like the iPad Pro and use it all the time especially for presentations, but I have not been able to use it as much for creating those same presentations.

This experience should be a cautionary tale for all of those genealogists out there who are using computers. The computers are machines and machines, even very advanced and sophisticated ones, eventually get out-of-date and die. They may seem to be immortal, like my old, banged up, MacBook Pro, but they will eventually need to be replaced. I do not keep any irreplaceable data on either my iPad Pro or my MacBook Pro and likewise, I will not keep any such data on my new MacBook Air.

While working in libraries and helping people with their genealogy, I am faced with a constant stream of people with old, out-of-date computers, operating systems and programs. In many cases, they are trying to transfer the old data to a newer computer or online. But what I do not hear about as frequently is the constant loss of information due to computer and storage device crashes (or in the case of flash drives; lost drives). What many genealogists do not factor in when they weigh the cost of upgrading a program, buying a new or larger hard drive, or replacing a computer is the cost in time of redoing all the lost work.

When I got home with the new Apple MacBook Air, I decided to work with the old laptop. We actually have a need for another computer since now both my wife and I are presenting at some of the conferences. The next problem was that I had forgotten my password for my laptop. It had a hint, but even the hint did not help me remember. Finally, my wife suggested a really old password and that turned out to be the right one. So even if we keep our equipment up-to-date, we still need to remember our logins and passwords to keep working.

Life with computers is interesting and sometimes very challenging.
Posted by James Tanner at 1:24 PM