What do John Wayne, Bob Dylan and Charles Jarvis have in common? 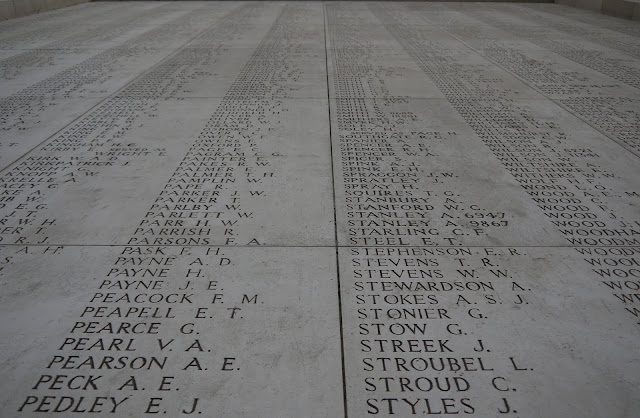 Each of the individuals in the title of this blog changed their name. John Wayne was born Marion Mitchell Morrison. Bob Dylan was born Robert Allen Zimmerman and my Great-Great-Grandfather, Charles Jarvis was born Charles Godfrey DeFriez. Name changes are a big deal with genealogical researchers mainly because of the difficulty of determining, in many cases, the identity of the changed-name person's parents.

First, I need to dispel the standard myth that the U.S. Government changed people's names upon their arrival in America at Ellis Island. This was simply not the case. Spelling is one of the main issues, however. Some immigrants, beginning with the first wave in the 1600s could not read or write and had no idea how to "spell" their own names. In addition, many immigrants spoke languages other than English and some of those languages have different alphabet systems than the one commonly used for English. When one of my ancestors came to America, he is recorded with the name of Overson. In Denmark, his name was Oveson, without an "r." It is commonly assumed that because he came from Denmark, his name "should have been" Ovesen. But I find it recorded as Oveson before he arrived in America. Some researchers make decisions about relationships based merely on differences in spelling and that is a big mistake.

But back to the issue of actual name changes. There are likely a multitude of reasons why someone would change their name. I used to sit in court a lot as an attorney and watch the courts hear Petitions for a Name Change. The reasons given were usually trivial and were often based on family disputes and fights. In the United States, it is common for divorced women to revert to their maiden name. But there are exceptions when children are involved in the divorce. Some mothers do not want to have a different surname than their children. In one case I am aware of, the divorced woman reverted back to her first husband's surname rather than her own maiden name.

One fact of history in the United States is that many of the original colonists were transported criminals from Great Britain. Some estimate run as high as 40% of the colonists, but there are no reliable estimates. American genealogists do not like to find out that their ancestors may have been criminals rather than religious idealists. However, even those who came to America for religious reasons changed their names to "protect" their families in England or other countries. See "Britain Sent Thousands of Its Convicts to America, Not Just Australia." Quoting from the Encyclopedia Virginia, Convict Labor during the Colonial Period,


In 1615, English courts began to send convicts to the colonies as a way of alleviating England's large criminal population. This practice was unpopular in the colonies and by 1697 colonial ports refused to accept convict ships. In response, Parliament passed the Transportation Act of 1718 to create a more systematic way to export convicts. Instead of relying on merchants to make arrangements on their own to ship felons to the colonies, the British government subsidized the shipment of convicts through a network of merchants, giving a contract for the service to one individual at a time. Between 1700 and 1775, approximately 52,200 convicts sailed for the colonies, more than 20,000 of them to Virginia. Most of these convicts landed and were settled along the Potomac and Rappahannock rivers. Although many were unskilled and thus put to work in agriculture, particularly tobacco production, others with skills were sold to tradesmen, shipbuilders, and iron manufacturers, and for other similar occupations. Convict laborers could be purchased for a lower price than indentured white or enslaved African laborers, and because they already existed outside society's rules, they could be more easily exploited. Nevertheless, Virginia tried repeatedly to pass laws to prevent England from sending convicts, though those laws were overturned by the Crown. At the beginning of the American Revolution (1775–1783), colonial ports virtually ceased accepting convict ships. By 1776, when the last boatload of convicts arrived on the James River, many of the convicts had served their seven-to-fourteen-year terms and returned to Great Britain, while others had become honest citizens and blended into Virginia's colonial economy. See Salmon, Emily Jones. "Convict Labor during the Colonial Period." Encyclopedia Virginia. Virginia Foundation for the Humanities, 27 Oct. 2015. Web. 29 Jan. 2017.

Many of these people likely changed their names. Because of these numbers, the possibility of discovering a convict in your early colonial ancestry is extremely good. Of course, it is also certain that some of those who came to America did so to escape arrest and prosecution in England as well as the rest of Europe.

Additionally, many immigrants changed their names to Americanize the spelling or to translate the name from another language into English. When confronted with a suspected name change, the genealogist should begin to do research in depth and include research into the family and extended family of the person whose name seems to change. It is also possible that descendency research from the immigrant will disclose the original name.

Since 1897, the General Society of Mayflower Descendants (Mayflower Society) has been conducting lineage research on the pilgrims and their descendants. Despite this mammoth effort towards accurate historical research, it is not uncommon for careless genealogists to adopt bogus pedigrees for their Mayflower ancestors. The parents of nearly all of the Mayflower passengers have never been identified and if you think you are a Mayflower descendant, you should be very familiar with the "Silver Books" published by the Mayflower Society.

The topic of name changes is an interesting and challenging one. Sometimes, the researcher just has to admit defeat and move on to another ancestor. There are end of line situations that cannot be solved.
Posted by James Tanner at 8:07 AM