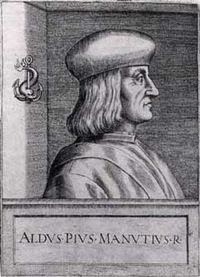 I am sure that Aldus Manutius (b. 1449, d. 1515) would be amazed at his popularity in today's computerized world. Quoting from the Wikipedia article about Aldus Manutius:


The leading publisher and printer of the Venetian High Renaissance, Aldus set up a definite scheme of book design, produced the first italic type, introduced small and handy pocket editions (octavos) of the classics, and applied several innovations in binding technique and design for use on a broad scheme.

He commissioned Francesco Griffo to cut a slanted type known today as italic.

He and his grandson Aldus Manutius, the Younger, also a printer, are credited with introducing a standardized system of punctuation.

A few days ago, I was working with a patron in the Mesa FamilySearch Library and she had multiple copies of the standard printed pedigree charts where she had entered handwritten entries. There were just a few, among many problems, she had. She couldn't read her own handwriting and she couldn't figure out how the sheets worked together. She was entirely frustrated.

Now, we come to the part of the story where Aldus and Griffo come in. 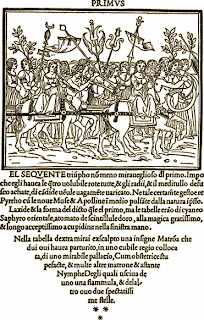 Computers do a really good job of both organizing data and presenting it in a way that it is highly readable. In fact, some of the most influential aspects of computers have been in the area of typography and page layout, printing and book production (remember Aldus Pagemaker?). Since we have these marvelous tools, including some of the same typefaces developed by Aldus and Griffo, we should use them to organize our genealogy and make it presentable. I try not to be critical when people come to me with proposed publications for their relatives and the pages are covered with undecipherable hand written notes. Part of our job as genealogists involves communication and it does not happen when the presentation of the research product interferes with its use. I almost never mention this to the people who are showing me their proposed presentations, but I am sure that their relatives wish they had taken a little more care in the production end and provided materials that could be read.

When I was in the 7th grade, my teacher commented on my handwriting and said it was one of the worst he had ever seen. From that moment on, I began working on improving my handwriting and can now usually write legibly even in my old age.  I was law partners with my father for years and one of the major challenges of those working with him was his completely undecipherable handwriting and to make things more difficult, he refused to type and wrote everything out by hand. I can still remember his notes snaking around the page edges.

I guess my plea is to make your genealogy readable. If you can't write cursive, please print. Let's all try to cut down on the inaccuracies inherent in our genealogy by making our notes and presentations legible.
Posted by James Tanner at 7:57 AM