The effect of different scanning resolutions for genealogical archive photos

I mentioned in a previous blog post that I would scan the same photograph at various resolutions to determine the quality of the scanner and to see the difference in the image. One concern, in the past, was the size of the resultant file. At high resolutions, the file size tended to be very large. Since memory storage space was at a premium, we were concerned about the size of each file. Today, storage space is no longer an important consideration. We now have huge amounts of storage available at a reasonable price. So, for my own purposes, I am more concerned with quality.

The current and most common archive standard is that an image be scanned as a TIFF file type at a resolution of 300 dpi. I am acutely aware that the commonly used designation of "dots per inch" or dpi is not used by serious archivists. The current standard is based on the number of pixels per line and high standards for resolution would demand two or more pixels for the narrowest line segment of the image. But, since most of the scanners sold in consumer marketplace still give their resolution in dpi, I will use that term in this post.

For reference, I am using a Canon Canoscan 8800F flatbed scanner for these examples. I am using a software program called VueScan. Bear in mind that when I upload the images to the Internet, they are uniformly converted into .JPG files so viewing the original TIFF files is not possible in this context. But having done this same experiment many times in the past, I can say that the results you see in the following examples are good indications of the quality of the images you get on the same type of equipment in your own home.

By the way, I always scan in color, even with black and white images. The reason is that the scan preserves, as much as possible, the full range of color in the original. Even though an old photograph may appear to be "black and white" it is seldom simply those two colors.

Here is the initial scan of a high contrast, very old image scanned at 300 dpi in 24 bit RGB with no other editing parameters changed including color balance set at neutral. 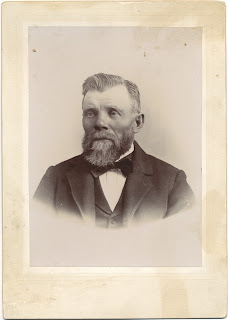 The only parameter I will change in this post is the dpi setting. You may need to click on an image to see any of the detail. I am going to use Photoshop Elements 10 for these examples. I could use either Adobe Lightroom or Photoshop, but I thought I would use the less expensive alternative.

Here is a closeup of the image showing a portion of the face at 100% magnification and 300 dpi: 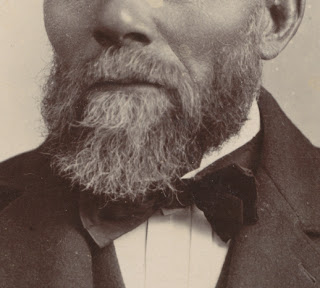 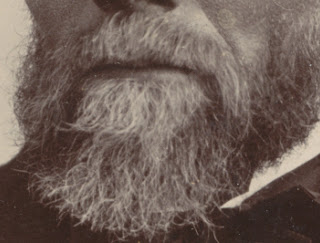 On the screen there is a small amount of pixellation, that is, I can begin to see the individual pixel elements of the image. 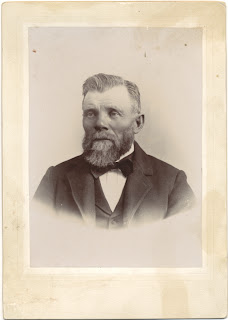 Hmm. The image looks exactly the same. But if you were here with me, you would have seen that the image has changed in physical size. But here is the real difference, first the image at 100% magnification:

Now you can see that the physical size of the image changes. If you click on the smaller image you will also see less detail. But where this is apparent is in higher magnification. Here is the same 100 dpi image at 400%: 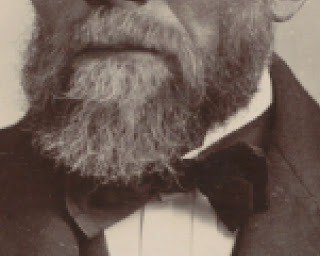 If you look closely, you will see that most of the detail of the beard has been lost to pixellation. Now let's see what happens when you go to a higher resolution. Of course the physical size of the file and the image will increase. Here is the same photo scanned at 600 dpi. 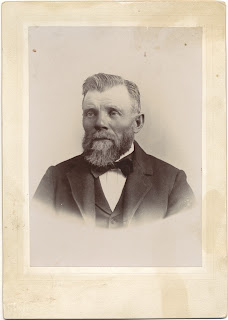 In the smaller size version here in the post, it looks about the same as all the others, but on my computer, the image is much larger. Here is the same area of detail at 100%: 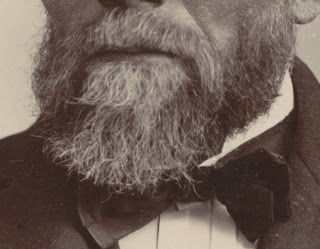 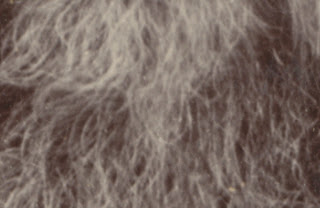 If you click on this detailed image, you will see that the image appears fuzzy. There is a limit to amount of detail any scan can capture from a photograph and that is the limit of the detail in the original. When you get right down to it, the 600 dpi image really adds nothing to the scan except the size of the file and the size of the resulting photo. If you are going to make a huge poster of this photo, there is some reason to use the higher resolution, but if you are going to reproduce the photo at 100% there is almost no difference between the 300 dpi scan and the 600 dpi scan.

You may wish to go through this process with your own images using a photo editing program such as Adobe Photoshop Elements. You may end up scanning at the maximum resolution of your scanner every time. This is a value choice you have to make. The file sizes will increase dramatically and eventually, the differences in the resolution of the detail in the images will stay about the same at 100%.

More on this subject later.
Posted by James Tanner at 7:59 AM