I refuse to post the offending photo one more time. I have a rather prominent ancestor, at least among the members of The Church of Jesus Christ of Latter-day Saints. His name is John Tanner (b. 1778, d. 1850). As ancestors go, he is likely one of the more documented individuals in the world. He has tens of thousands of living descendants. As you can see from his birth and death dates, he lived most of his life before photography was generally available. Since the Daguerreotype was first introduced in 1839 which is usually marked as the date of the introduction of photography. You might note that John Tanner was already 61 years old when daguerrotypes were invented in France and England. See Wikipedia: Daguerreotype. Since John Tanner, by 1839, was living in Missouri in the United States, he probably had no contact with or knowledge of this new invention. As a matter of note, John Tanner was brutally beaten and hit in the head with a rifle while in Missouri as part of what has been come to be known as the Battle of Crooked River in 1838. He and his family were forced to flea Missouri in early 1839 and move to what later became Nauvoo, Illinois.

There is some possibility that daguerreotypes were made in Nauvoo as early as 1845, but by that time, John Tanner would have been 67 years old. I might also note that a recent movie about John Tanner portrays his as considerably younger while living in Nauvoo.

Now here is the problem. I received the following from Geni.com just recently: 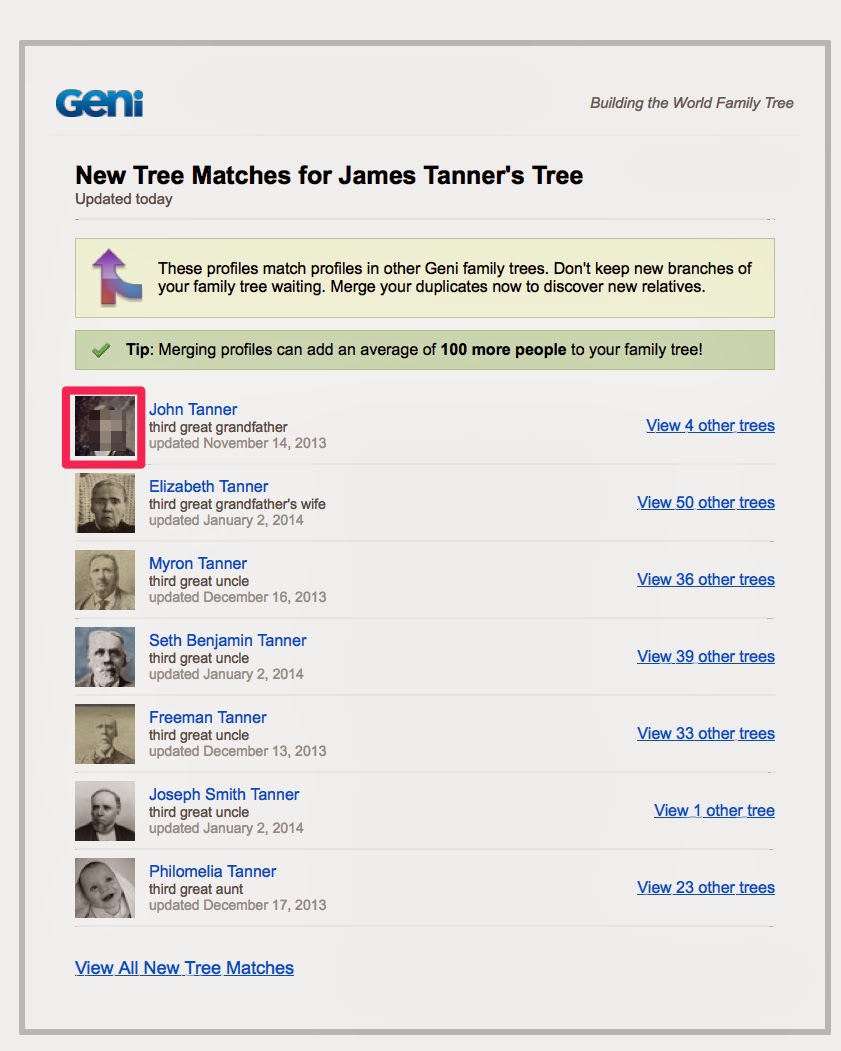 The first listed link has the offending photo that is NOT John Tanner. I have blanked out the face so that my post cannot be used to further spread this image. As online genealogists we are constantly bombarded with invitations to connect with family trees on various online programs. This misidentified image is just one of the many problems with family trees, but is an indication of the most salient, that is, the inability to correct a viral error. Once a photograph has been wrongly identified and put out on the Internet, it is like scattering feathers to the wind, they can never be recalled.

I have often written about the inaccuracy of online family trees, but this is more insidious. Coupled with online photo programs and family trees, a misidentified photo can show up all across the Internet almost instantly and in genealogy, if the photo is of an ancestor, you might as well forget about correcting the error. It is virtually impossible. Here is another example with the offending photo showing up three times in FamilySearch.org Photos for John Tanner. Interestingly, I do not show John Tanner's photos in my People section of the program because the Family Tree has too many duplicates and I am not in the line that is currently being selected. 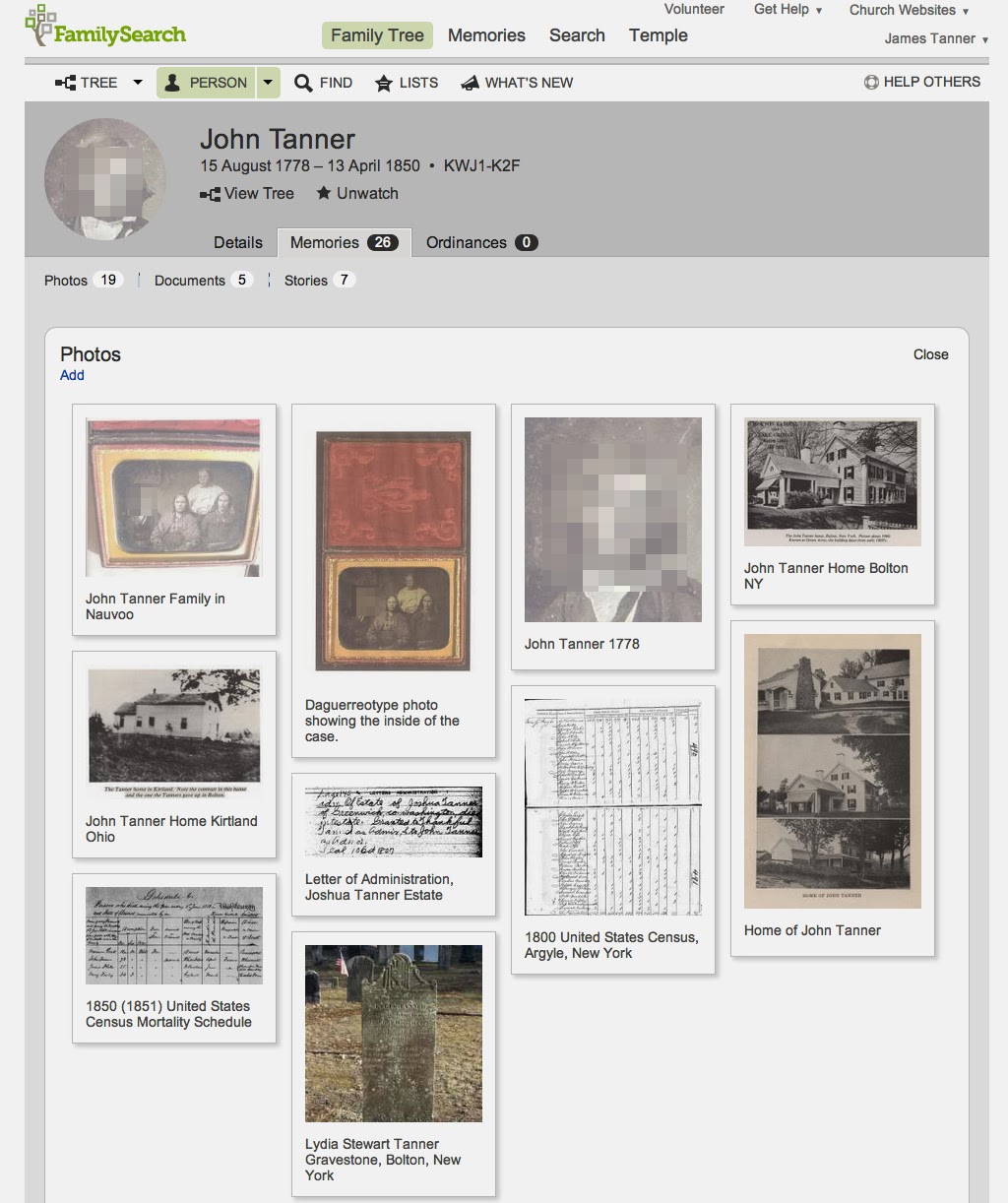 Once again, I blanked out the faces of the photo to prevent further spread of this disease. We need to be constantly on guard that we don't "jump on the band wagon" so to speak and copy and distribute unverified photos in our community.