#RootsTech 2016 Day Five (for me) The beginning of the end 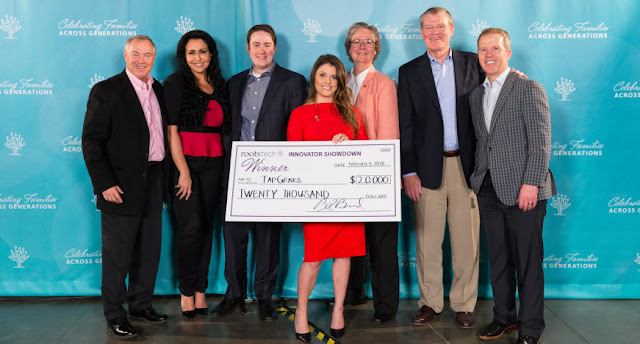 I might get a chance to write a little more today, but I think I will put down a few impressions before I get sucked in to the crowds of the last day at #RootsTech 2016.

This year has been an emotionally draining one for me. I have been touched by seeing friends and many relatives at the Conference. I realize there is not much time to talk when there is a huge spinning crowd of people around, but the time I spent with each one was precious. I cannot thank you all enough for taking the time to say hello. I certainly regret not seeing and talking to all those I may have missed. There just is not enough time to see everyone.

My brain is literally spinning from all the information I have absorbed over the past few days. I have been making lists of topics to write about and share. I regret most of all the lack of an opportunity to sit down in a quiet place and talk to more people at length about their feelings, goals and ideas concerning the great topic of family history. I am abundantly blessed to meet and talk with everyone.

I do need to mention the winners in the Innovators Summit Competition. From my conversations, I understand that this year the competition was especially close and hard to decide. The judges had a very difficult time picking one competitor over another. None of those who tried should feel at all bad or left out. Someone had to win, but all were winners in that they have very good, well developed and thought out programs. I hope they all succeed, whether or not they got a prize.

Here is the announcement of the winners.


Today at RootsTech, the world’s largest Family History technology conference, TapGenes, won the Innovator Showdown and walked away with $45,000 in cash and prizes. The Chicago, Illinois-based, firm helps families identify and benefit from key health traits that exist between generations.

In front of a crowd of close to 10,000 live and online viewers, the six RootsTech Innovator Showdown finalists battled for $100,000 in cash and prizes and bragging rights in the rapidly-growing, multi-billion dollar family history industry. TapGenes was awarded $20,000 in cash and $25,000 in-kind prizes.

TapGenes provides the tools to identify the genetic thread that ties a family together. Founder, Heather Holmes, got the idea for TapGenes after her father became very ill and the family struggled with multiple roadblocks to share his family medical history that impacted his treatment, care, and recovery. Heather made it her mission, if her father got well, to make sure this kind of frightening and desperate episode would not be faced by other families.

Holmes has a background in healthcare marketing. In fact, her entire team comes from various fields of the healthcare profession, including computational genetics.

TapGenes uses the idea of “crowdsourcing” to help families create a more complete and accurate family medical history, online, together. The TapGenes platform identifies medical conditions that may run in their family and helps family members understand what steps they can take to live healthier together.

The six finalists were whittled down from 46 applicants from around the world. They had two minutes to win over the panel of five judges and the audience that their product was the most worthy of support from sponsors.

After each moving presentation, there was a four-minute question and answer period between each contestant and the judges. After all six presentations, the judges selected the top three winners, and the viewing audience selected the People’s Choice Award winner.

With $50,000 in cash and another $50K+ of in-kind prizes and services from sponsors at stake, the pressure, tension, and energy of this event was tremendous.
2016 RootsTech Showdown Winners
This is TapGenes’ second year as an Innovator Showdown contestant. Holmes credits the great exposure from its RootsTech 2015 booth which focused on FamilySearch data sharing integration, and listening to user feedback as key differentiates in advancing from semi-finalist in 2015 to first place in 2016. Holmes said they plan to use the prize winnings to expand TapGenes worldwide to save lives by making family medical history more available internationally.

“It’s surreal,” said Holmes. “When you have a vision of something and you don’t know if it’s going to really happen and it does, it’s like a dream. You hope people are going to love it as much as you do. It’s great to get that confirmation that it resonates with them.”
Holmes says they will use the award money and support to help create TapGenes’ mobile app and to expand locally through additional languages.

Other Finalists:
The other finalists included Ancestor Cloud, an online marketplace where those with family history needs connect with those who can fill those needs; JRNL, a journaling app for recording memories as they happen; and The History Project , a fun app for creating mixed media digital time capsules of a life.

The Innovator Showdown, only in its second year, was designed to foster innovation in the family history industry.