Digitized films being removed from the FamilyHistory Library

If you haven't visited the Family History Library lately, you might be surprised at the incremental changes going on with the collections and arrangement of the resources, including the addition of more computer stations. Recently, some of the collections of films are being relocated (actually removed) from the Library. Here is the announcement explaining the changes:


Due to the growing film collection in the Family History Library, measures had to be taken to remove selected film collections to create space for high volume of films being ordered from the Granite Mountain Records Vault.

As of December 17th, 2013, the Library has removed the US Soundex films and the 1st filming of the US Census for 1860 and 1870. These films are available on multiple websites, including FamilySearch.org. The Mexico films that are available online are also being removed from the Library.

Part of the change will include removing the overflow section completely from the International B1 floor. Films that have been ordered within the last 2 months will be moved to the High Density storage area where their use can be tracked. All other films will be sent back to the Vault. Starting on January 6th, all new films ordered from the International collection will be stored in High Density. To access those films, patrons will have to go to the Access Services Window on the B1 floor.

All films stored in High Density that are not used for the space of one year will be sent back to the vault. Films that are used multiple times during the space of a year will be incorporated into the core section for easier patron access.

There may be a delay in the patron catalog regarding the current location of the films being moved/removed. Please, contact the Access Services Window at least 24 hours in advance to check the location of films. If films are not found in the Library, they can be ordered from the vault by going to familysearch.org/films/fhl or by calling the Access Services Window (US & Canada 801-240-7378; International 801-240-2334; British 801-240-7379).

Thank you for your patience while we make the transition. If you have any questions, contact the Access Services Windows.

Some of this may not make much sense unless you are familiar with the current layout and the availability of the older microfilms. It is pretty obvious from the statements being made, that FamilySearch is monitoring microfilm usage in order to determine which films to digitize and put online first. It makes sense to digitize films that are of the highest demand first. It also makes a lot of sense to remove the films once they have been digitized. If you are searching for a film In the FamilySearch Library Catalog you will see an indication of whether or not the film is available online in the catalogue entries. Here is a screenshot of a catalog page showing the link to the digitized records: 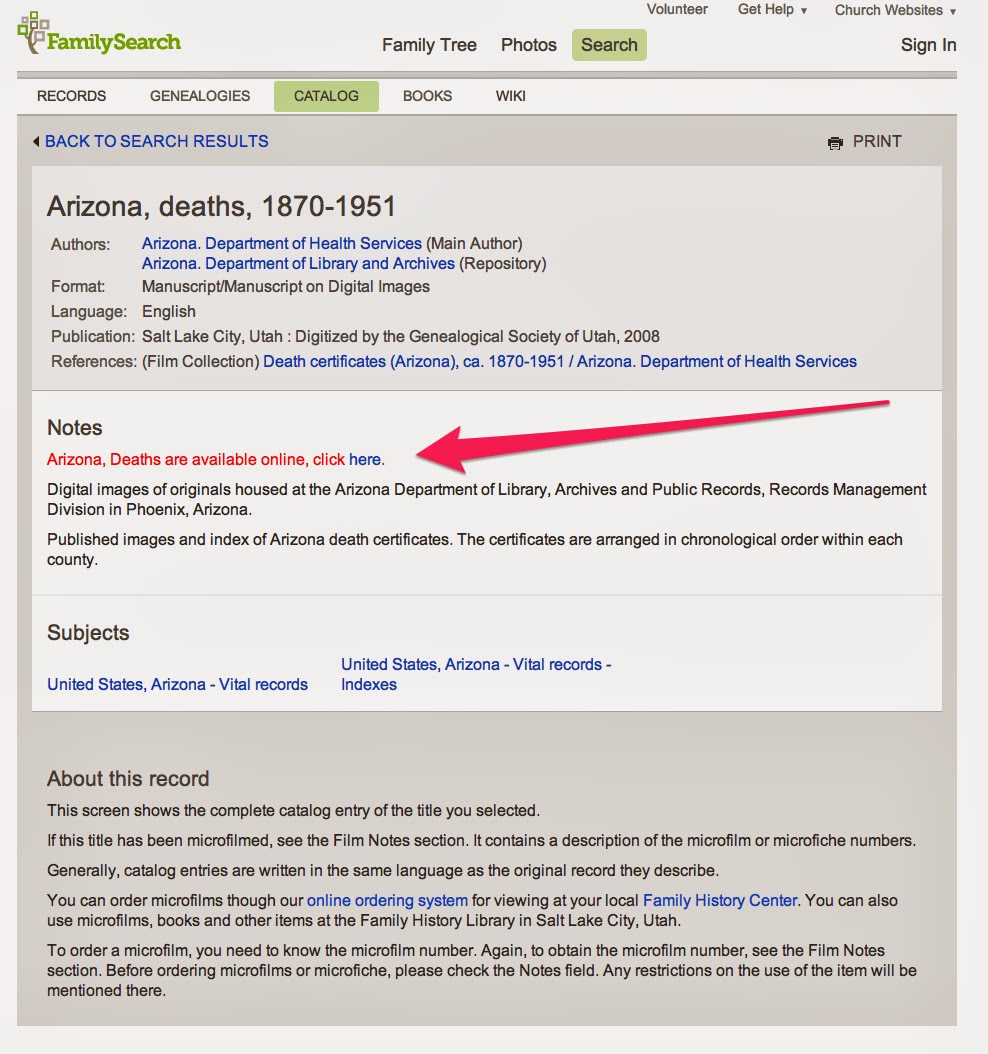 At some point in time, I would expect that all of the libraries in the FamilySearch system would remove their existing microfilm records as they are digitized.