Response to Millions of Records Added by Ancestry.com 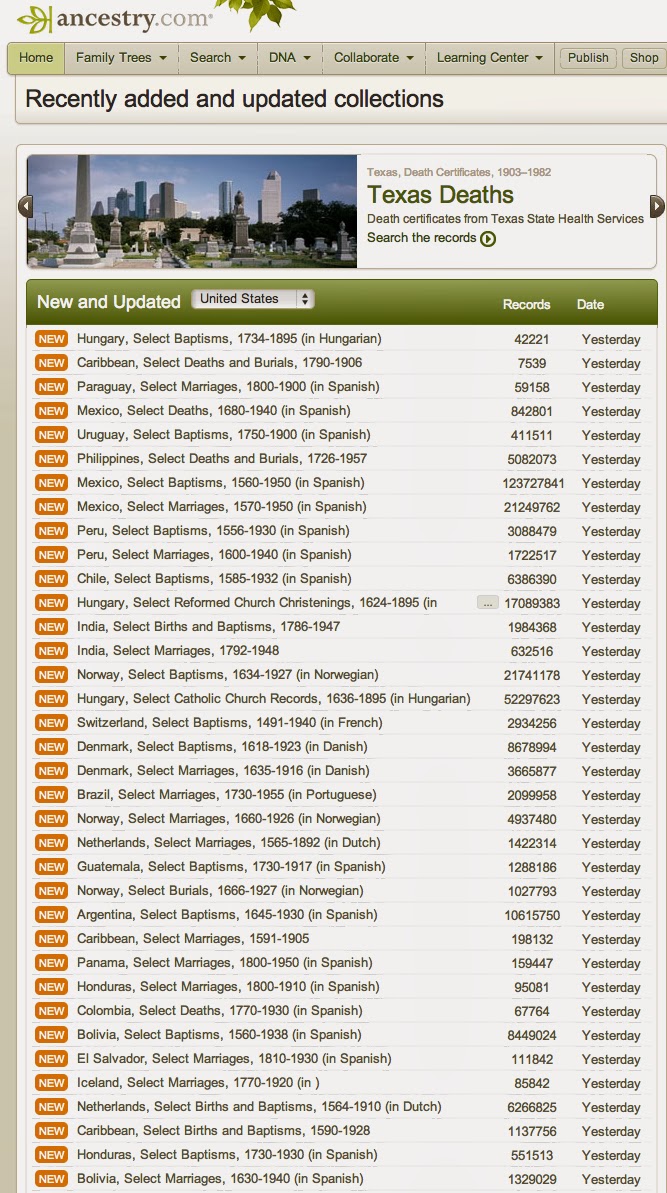 Well, I haven't had a post resolved quite so dramatically before. My last post talked about the press release from Ancestry.com and additional records being added to Ancestry's collections from FamilySearch. It seems that the additions were being made almost at the same time I was writing. So much for my careful reading of the press release.

As the screenshot above shows, and as noted by other bloggers such as Randy Seaver today, millions of records have been added to Ancestry.com. It is hard to tell the exact number that came from FamilySearch because there are other records that are being updated and added constantly. Contrary to these statements that appeared in the press release concerning the fact that the records would come from "unpublished"  digitized records, it appears that many of these records have been available on FamilySearch for some time. They seem to be a collection of records from all over the world and certainly enhance the worldwide scope of Ancestry.com.

Unresolved, of course, are the issues of access to the records. It seems that in many cases these records did not address any issues of current availability on FamilySearch, so my theory goes out the window. Maybe. 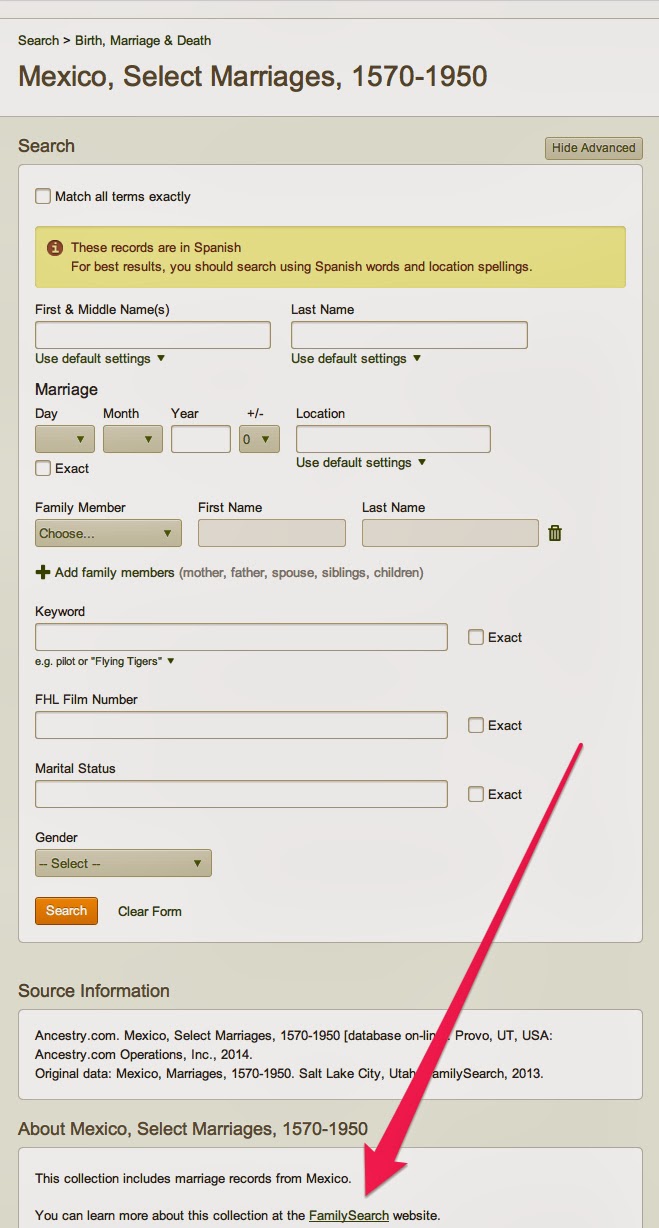 In addition to all of these records today, there were also a huge number of updated records on Ancestry.com for New Zealand and Australia. It certainly looks like Ancestry.com is making a major move to stay ahead of the pack. I am puzzled about the lack of images, perhaps they will be added later? Perhaps turn about is fair play, Ancestry.com users will have to go to FamilySearch for the images?
Posted by James Tanner at 12:30 PM