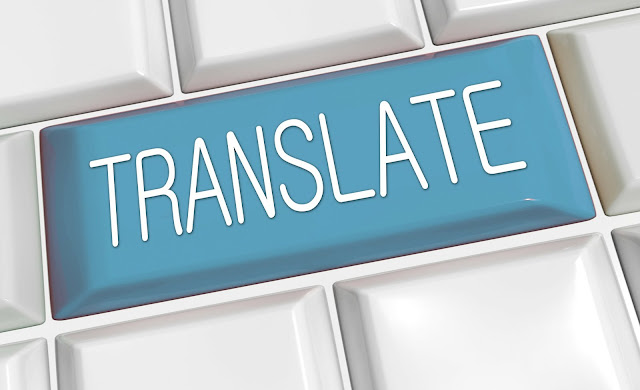 Google Translate has been an extremely useful tool that frequently helps me in doing genealogical research in languages I do not know. Some of the newest additions to this program involving the Translate app on my iPhone are amazing. You can read about these new developments in the Google post entitled, "Hallo, hola, olá to the new, more powerful Google Translate app." Here is a quote from that post explaining the new addition to the program.

The Translate app already lets you use camera mode to snap a photo of text and get a translation for it in 36 languages. Now, we’re taking it to the next level and letting you instantly translate text using your camera—so it’s way easier to navigate street signs in the Italian countryside or decide what to order off a Barcelona menu. While using the Translate app, just point your camera at a sign or text and you’ll see the translated text overlaid on your screen—even if you don't have an Internet or data connection.

This instant translation currently works for translation from English to and from French, German, Italian, Portuguese, Russian and Spanish, and we’re working to expand to more languages.

I tried this out by translating some Spanish text on my computer screen and it is really remarkable. I also tried out the audio version of this instant translation process. Here is Google's description:


When talking with someone in an unfamiliar language, conversations can... get... realllllllly... sloowwww. While we’ve had real-time conversation mode on Android since 2013, our new update makes the conversation flow faster and more naturally.

Starting today, simply tap the mic to start speaking in a selected language, then tap the mic again, and the Google Translate app will automatically recognize which of the two languages are being spoken, letting you have a more fluid conversation. For the rest of the conversation, you won’t need to tap the mic again—it'll be ready as you need it. Asking for directions to the Rive Gauche, ordering bacalhau in Lisbon, or chatting with your grandmother in her native Spanish just got a lot faster.

Of course, I do not need either of these app functions in some languages, but I support people who need help in a lot of language I do not read or speak.
Posted by James Tanner at 6:52 AM