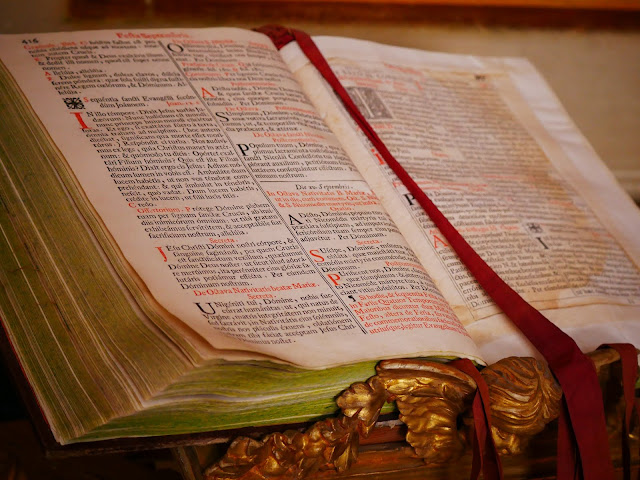 OK, I finally got back to the Latin for genealogists series. According to StateUniversity.com:


At the turn of the twentieth century, more than 50 percent of the public secondary-school students in the United States were studying Latin. Until 1928 Latin enrollments in U.S. secondary schools were greater than enrollments in all other foreign languages combined, and in the mid-1930s the number of Latin students rose to 899,000. This is not surprising, since Latin was commonly required for admission to college and was seen as the mark of an educated individual. Latin continued to be the front-runner for about another twenty years, until Spanish took the lead. Still, over the next ten years, Latin enrollments generally kept pace, rising 46 percent, compared to 56 percent for Spanish and 90 percent for French. Despite a sudden postwar drop in Latin studies (the number of students fell to about 429,000), Latin was fairly secure in the curriculum, and the numbers grew steadily thereafter.

According to the Modern Language Association in 2013 there were 27,182 students enrolled in Latin courses nationwide.

OK, in light of a full disclosure, I did not ever study Latin in a classroom. But I do speak Spanish fluently and have taken a number of other languages including quite a bit of French. But I was an attorney for about 39 years and what this series is about is mostly gleaned from my legal practice. Just in case you are jumping in here, the idea is that as you do genealogical research and go back in time in any European country, you will eventually run into a lot of Latin. Also, if you do any research into court records, you will almost immediately come across a lot of Latin phrases.

So here we go again. By the way, there are a lot more phrases than I will mention here. My criteria for including a word or phrase is whether or not I have heard it used or run across it in my research. By the way, if I note that the word or phrase has essentially passed into English usage, it probably means that the word is so common that we no longer think of it as being in Latin.

quasi literally "as if"
This is another Latin term that has become an English word used for "like" or "as." It is also used to express situations where something is almost complete or almost recognizable. The technical definition is "resembling or being similar to something, without actually being that thing." By the way, if you have read The Hunchback of Notre Dame," the hunchback's name, Quasimodo, means "sort of way" in Latin.

quantum meruit literally "as much as it deserves or as much as he or she has earned"
For practicing trial attorneys this phrase is used just as it it were an English word. However, the concept is complex and takes quite a bit of experience in doing legal writing and research to understand completely. The main idea is expressed by this definition from the Legal Dictionary or Law.com:

Quantum meruit determines the amount to be paid for services when no contract exists or when there is doubt as to the amount due for the work performed but done under circumstances when payment could be expected. This may include a physician's emergency aid, legal work when there was no contract, or evaluating the amount due when outside forces cause a job to be terminated unexpectedly. If a person sues for payment for services in such circumstances the judge or jury will calculate the amount due based on time and usual rate of pay or the customary charge, based on quantum meruit by implying a contract existed.

Unless I wanted to write an entire legal brief on the subject, I have to stop at that explanation.

qua literally "which" or "as"
This word is usually part of a longer phrase but occasionally is used by itself. It generally means something close to "in the capacity of." Note: it has nothing to do with the sound made by ducks.

propria persona literally "proper person"
This is a rather vague term that is commonly used to mean that a person is representing themselves in court without formal legal counsel. Usually, it designates when a person brings a lawsuit in their own name or capacity. If someone brings a lawsuit in his or her own name or represents himself or herself, then the person is not entitled to an award of legal fees even if he or she prevails (wins) in the lawsuit. In my experience, it was not too uncommon for someone to be apparently acting as their own attorney, but doing so with shadow support from an attorney. This sometimes happened when the lawsuit was merely being brought to harass someone and the attorney did not want to be exposed to a malpractice claim. As Abraham Lincoln is attributed as saying, "a man who is his own lawyer has a fool for a client." Lincoln may have said this at one time or another, but it was already a common phrase before his time.

The phrase is also shortened to "pro se" usually when it appears in the caption or heading of a lawsuit.

pro tempore literally "for the time being"
This phrase is very commonly used to refer to a judge who is appointed to handle an overload of court cases on a temporary basis. But it can be used to designate any state of affairs that is temporary in nature. In my experience the phrase was usually shortened to "pro temp" and had become an English word.

You can usually tell when a word has passed into English when the word begins to take on English grammatical prefixes, suffixes and cases. With "pro temp" for example, you might hear the words used as follows, "she has been appointed as a pro temp" where the word has become an English noun. Sometimes even the "p" is dropped and the word becomes "pro tem."

pro tanto literally "for so much"
I have often wondered how some of these Latin phrases came to be commonly used and other dropped out of usage. I sometimes suspect that they are retained by lawyers simply for the purpose of sounding erudite and important. Pro tanto is used to designate the situation when the losing party in a lawsuit is required to pay only a portion of the actual judgment based on the losing party's ability to pay. In other words, the judgement is reduced for equitable reasons.

pro rata literally "from the rate"
You might start guessing that there are a lot of phrases that start with "pro" and you would be correct. The Latin word "pro" by itself means "for or on behalf of" which explains why it is so common in law. "Pro rata" is also a phrase that has passed into English usage. It is used to designate the reduction in a periodic payment based on the actual time that has been used. For example, if someone contracts to work for a full day and only works for half a day, then the payment may be reduced pro rata to half of the full amount.  In English the word has expanded its usage to include almost any situation where some quantity is adjusted to the actual usage. In these cases, it is a little bit difficult to see how the word or phrase has retained a "legal" meaning since the word is used so commonly outside of a legal context.

pro hac vice literally "for this turn (as in a game)"
I can remember when I began to hear this phrase for the first time and thought it was strange. I still think it is strange. What it means is that some attorney who is not licensed in a certain jurisdiction, is allowed to represent a client in a court case for that case only. So, for example, if I wanted to represent a client in a state outside of the one where I was licensed, I would apply to the other court to be admitted to practice pro hac vice. Usually, to do so, I would have to be sponsored by a local attorney who was licensed to practice in that state or jurisdiction.

pro forma literally "as a matter of form"
This is another very vague term that has passed into English usage. It is generally used to refer to things that are done only for a matter of formality but it has expanded in its usage to include any act that is considered to be unnecessary.

OK that's enough for this time. Who knows when I will get back to this again?