Seeing the World in a Grain of Sand: The Challenge of Genealogical Data 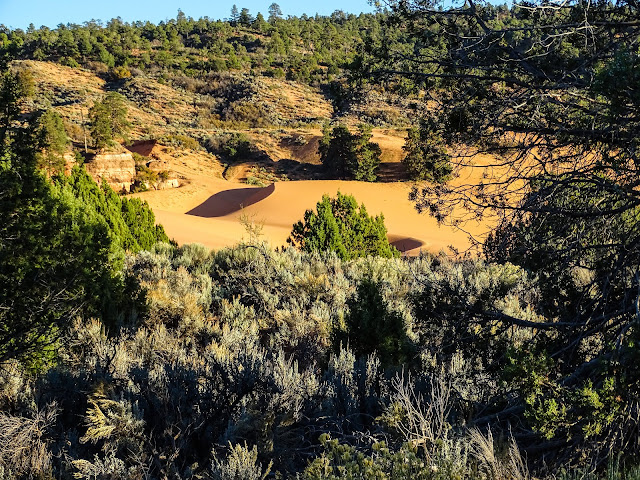 I have just become overwhelmed with the disparate aspects of genealogy: the minutiae and the universal. As the saying goes that you can see the world in a grain of sand, you can also see the whole human family in one individual. Here is the quote:


To see a World in a Grain of Sand
And a Heaven in a Wild Flower,
Hold Infinity in the palm of your hand
And Eternity in an hour.


Blake was probably not thinking about all of the challenges of regularizing and correcting 150 years of genealogical research done by hundreds of my relatives but the quote does provide a little perspective about the challenges of taking a longer view of the problems. I often say that I am trying to teach genealogy one person at a time and when all is said and done, that is the only way I have found to make any real progress.

Not too long ago, I was helping a patron at the Brigham Young University Family History Library when he asked me why I did genealogy. I responded and asked him whether his question was directed at a religious motivation or a some other. Of course, I do have a fundamental religiously motivated reason for being involved in genealogy, but so do a few million other members of The Church of Jesus Christ of Latter-day Saints. But what is my motivation for spending so much of my time and effort going far beyond mere involvement or belief?

In response to the patrons question, I mostly shrugged off any discussion of ultimate motivations and focused on helping him find Arabic language resources in the Library. But the question apparently lodged itself in my mind. Why do any of us who call ourselves genealogists become more than casually involved in a subject as complex and challenging as historical research? Part of the reason is that our background and our interests coincide with the skill set necessary to be involved in this particular type of activity. I have a lot of interests and could have a lot of time-consuming hobbies, but over the last thirty plus years, genealogy is the only interest that continues to survive for any long period of time.

When I began working on my family lines the main challenge was the huge amount of paper records my initial survey generated. But as the years pass, I now see way beyond any mere paper-based context and have moved on to seeing vast quantities of data accumulated online in the huge family tree programs.

It would be easier, I suppose, to focus on one ancestor at a time, but in correlating my family research with all those who are working on different family lines, my attention moves from line to line and from individual to individual. It was a much simpler time when the research was mostly linear.

My best guess is that I relate to genealogy the same way William Blake related to the physical and spiritual nature of the world. If you read the entire poem called Auguries of Innocence, you will see that Blake was illustrating the relationship between the seemingly inconsequential acts of man and their eternal effect on mankind. Likewise, I see the relationship between creating a unified and consistently accurate record of each family's history in the context of the eternal nature of the work. To Blake, killing a fly or a caterpillar had eternal consequences. To me, correcting and cleaning up a huge family tree has the same eternal consequences. It is only by focusing on the minutiae that I can actually see the eternal.