Is Wikipedia a Genealogical Source? 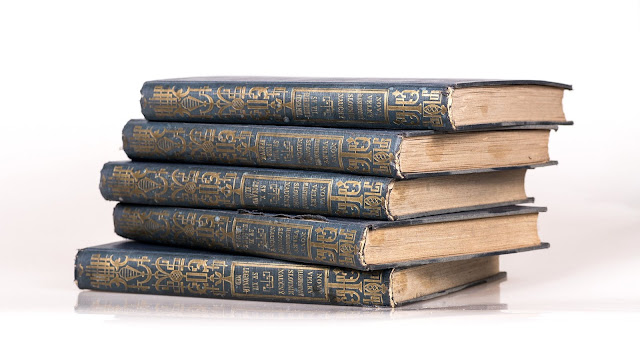 In a recent post, I highlighted a few of the advantages of using Wikipedia for genealogical research. But using Wikipedia.com does present some important issues regarding reliance on the information provided by historical sources. In the past, historical researchers, including some genealogists, have tried to create an artificial hierarchy of the reliability of historical records. They have referred to such categories as "primary" and "secondary" sources or other categories. Here is as definition of a primary source from the Ithaca College Library for an example.


A primary source provides direct or firsthand evidence about an event, object, person, or work of art. Primary sources include historical and legal documents, eyewitness accounts, results of experiments, statistical data, pieces of creative writing, audio and video recordings, speeches, and art objects. Interviews, surveys, fieldwork, and Internet communications via email, blogs, listservs, and newsgroups are also primary sources. In the natural and social sciences, primary sources are often empirical studies—research where an experiment was performed or a direct observation was made. The results of empirical studies are typically found in scholarly articles or papers delivered at conferences.

OK, so reading this, what is excluded? More importantly, how does this definition of a primary source apply to the content of Wikipedia? I think you really need to think about this issue because it goes to the heart of the interrelationship between the current flood of digitized information and the traditional, paper-bound research of the past. Discriminating between what is "direct or first-hand" has become a really great challenge.

Here is the definition a "secondary source" from the same Ithaca College Library website.

It would be an oversimplification of the entire research process if we were to use this definition (or similar definitions) to classify the entire Wikipedia website as a "secondary" source and therefore unreliable per se. The would be a terrible mistake but one that is fairly common among academics. Secondary sources do not per se imply unreliability.

To understand the place of these generalized, online information sources, it is also important to view the issue of the reliability of witnesses. Another definition of a "primary" source focuses on the issue from the standpoint of the witnesses. Here is one way of expressing this concept:


A primary source is a record made by someone who was present at the time of the event and recorded the information in a permanent form at the time or close to the time the event occurred.

This definition focuses on the creation of the record of a specific event and would condemn all historical writing as less-reliable, secondary sources. But it is easy for researchers to fall into the trap of rejecting any sources that were not created at or near the time of an event as historically less reliable than those that were created contemporaneously. But it is also evident that contemporaneous accounts of events can be conflicting and are often inaccurate. Sometimes, it take the passage of time and the discovery of previously unknown or unobservable records to get a more accurate account of an event.

I am reminded of the flood of reporting that occurred during the Vietnam War. The almost instantaneous televised accounts of the war shaped the opinions and attitudes of an entire generation of Americans, especially the young and impressionable. But as time went on, and through more complete historical analysis, our basic attitudes both pro and con about the war have changed dramatically. This post is not the place to relive or analyze my personal feelings about the war, but it did become apparent during the conduct of the war and the massive reporting of the conflict that the information we, as members of the public, were being presented were later proved to be extremely unreliable.

Unfortunately, when a genealogical researcher encounters an "historical record," in most cases, that record is accepted on its face value. For example, if I find an official church or government created birth record, I automatically incorporate that information into my database and there it sits without further question or comment. This is especially true if I provide a "source citation" showing the world that I looked at an "original" record in making my conclusion as to the date of birth. But what if the record is simply wrong? How do I know that? I may regard the birth issue as closed and stop looking for more records that would show the information to be inaccurate.

Now, we come to the heart of the question about whether or not Wikipedia is a source. Because of its nature as a wiki, Wikipedia, as are all other wikis, is always subject to change and revision. Unlike the date inserted in our personal database, the wiki format leaves open the option to have additional evaluation of every fact and statement. Further, the "source citations" are provided in profusion. If you wish, you can always refer to the sources listed. Which, by the way, I frequently do. So, shouldn't much of what is recorded in Wikipedia articles be considered a "primary source?" Or maybe our entire concept of primary vs. secondary is really a matter of citation and the ability to re-evaluate the reliability of the information as time passes?

From this standpoint, a wiki is inherently more reliable than a static, unreviewed historical document. This statement should not be taken as an endorsement of any specific article or item in any wiki. But it is a reflection on the nature of gathering information. The information I have about most of my ancestors is always in a state of constant flux. As I do more research into records that have not been previously available to me, the information I find often disagrees entirely with previously, carefully crafted conclusions. In this regard, the information in the Wikipedia is just more information and contributes its particular viewpoint, always subject to reexamination, JUST LIKE ANY OTHER PIECE OF HISTORICAL INFORMATION as new information is discovered and evaluated.
Posted by James Tanner at 7:49 AM