Draft registration cards are a valuable source of specific information about millions of Americans in the 20th Century. FamilySearch.org and Ancestry.com have both had extensive collections of these documents available for some time. But a new addition to the FamilySearch.org Historical Record Collections caught my eye when they added Arizona, World War II Draft Registration Cards, 1940-1945.

Here is the complete citation:

You might note that the images were extracted by FamilySearch and digitized by Ancestry.

I searched for the Tanners in the database and found 87 results. 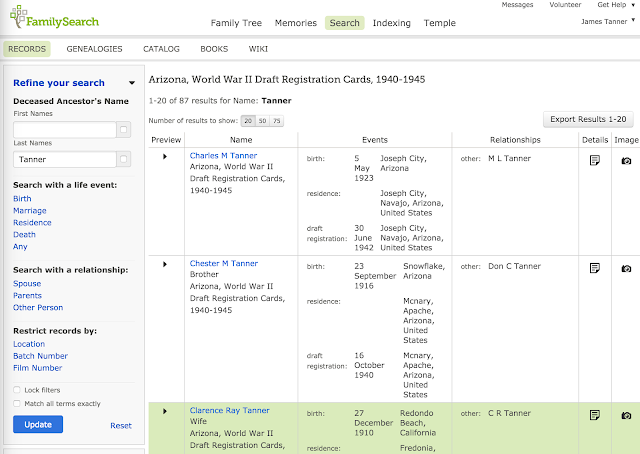 Of course, I knew a lot of these people listed and I did find a card for my own father. 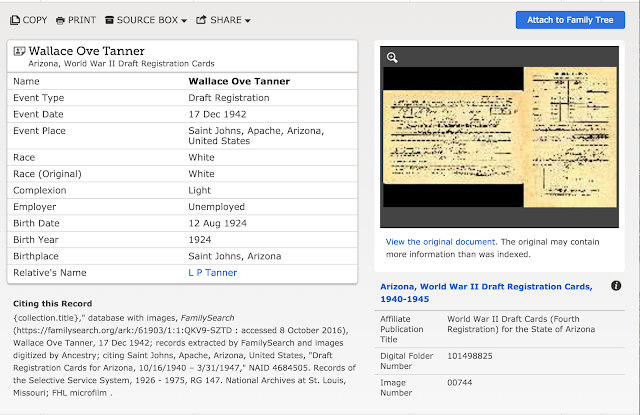 Using the "Attach to Family Tree" option, I added this source to my father's entry on the Family Tree.

Here is a copy of the original registration form: 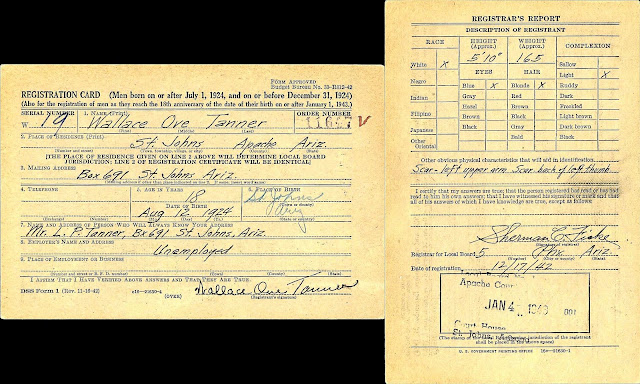 One comment I can make from this form is that my father's handwriting was much better when he was young than it became when he was older. I also noted that he was unemployed. He shortly later joined the Army and ended up in the Army Air Corps.

Finding these new records was a pleasant surprise.
Posted by James Tanner at 6:29 AM